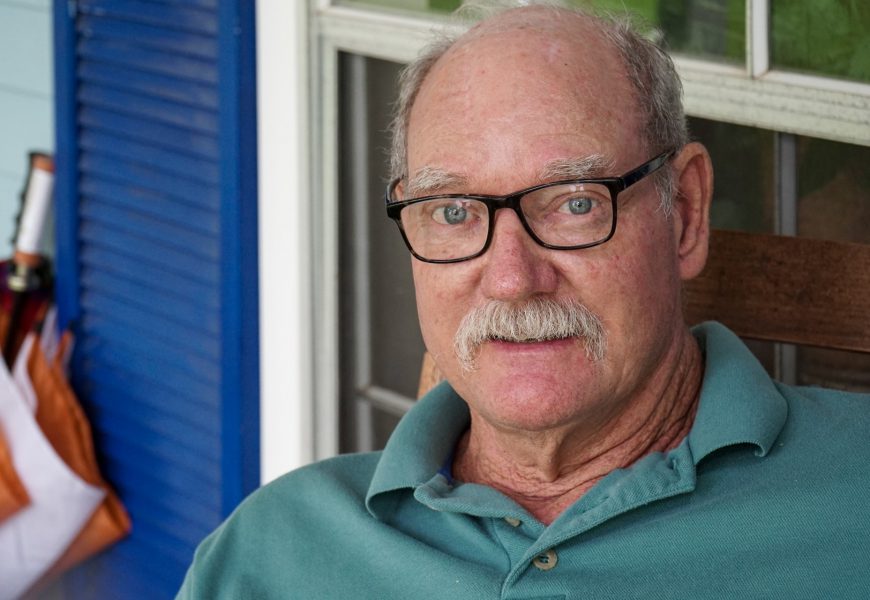 In our last post, we covered the basics of gold — what it is, different ways to buy it, and its attraction as an investment product.

(If you haven’t had a chance, check it out! It only takes a few minutes to read).

Now, here’s why you probably shouldn’t do it.

Why gold investing is wholly misunde rstood and way overrated.

Okay, so that probably wasn’t the headline you were expecting.

If you’ve even paid the slightest attention to people talking about (and marketing) gold, you’ve probably heard that it’s a fantastic investment.

It’s F-ing GOLD after all, right?

What could be so bad, then?

As it turns out, quite a few things.

Let’s break them down.

Perhaps the biggest argument in favor of investing in gold is that it “beats inflation.”

We all have that opinionated uncle that loves to forecast the impending economic doom and the coming collapse of the dollar, euro, pound, etc.

His response is to put his cash into something “real” that holds value even when the economy goes down the toilet.

He justifies his logic by claiming that “America used to be on the gold standard, and they did just fine. As soon as they went off it, gold went up, and so did inflation!”

As it turns out, gold doesn’t beat inflation (at least not often).

We took data going back to 1971 (the year the US left the gold standard) and plotted inflation versus the price of gold.

Only during a few brief periods (around once every 17 years) did the price of gold grow faster than inflation.

Gold versus US inflation. We use the Consumer Price Index which is the main inflation gauge in the United States. Sources: US Federal Reserve and Gold.org.

We also checked to see if the price of gold always moved with inflation.

If we’re to believe our uncle’s theory, inflation and gold should rise together, hand-in-hand, with the precious metal growing faster.

In finance (or, more accurately, statistics), we call this connection a correlation.

The more two investments move together, the higher the correlation.

That’s bad for successful investing. Diversification means making sure your investments don’t go up or down all at once, reducing your overall risk.

The gold-inflation theory would be an exception since you’d want that sort of relationship.

(For all you stats fans out there, it had a rolling 12-month average correlation of 0.18 in our model. It would need to be at least 0.50 for the theory to hold up).

During this time, the two rarely followed the same path, doing little to protect against inflation.

We ran the same tests versus Spanish inflation and the Eurozone.

In both cases, we couldn’t find any proof of gold providing a reliable hedge.

This phenomenon is well-documented.

A long-time gold commodities trader and an economist teamed up to explore this inflation hedge question in great lengths.

Their findings showed that gold only starts to consistently beat inflation after at least a century (if you’re a time-traveling Roman, go ahead and buy that gold).

Neither our opinionated uncle nor us will live that long (regardless of what he says about those supplements he ordered from Mexico).

Gold investing creates way too much risk relative to its return

Right now, we have our opinionated uncle on the defensive.

Since we already showed him that it doesn’t protect against inflation, he pivots to claiming that gold does grow in value. Therefore, it’s a good investment.

At face value, he’s not wrong.

In the chart above, gold does go up.

The problem, though, isn’t that it grows.

The issue is how it grows, especially compared to similar investments.

When you’re researching an investment, you need to compare two key data points:

The game’s name is to take as little risk as possible for the maximum amount of return.

(Raise your hand if you don’t like getting fair compensation for the risk you take. That’s what we thought).

To prove our uncle wrong, we decided to measure one of the most popular investments out there — the S&P 500 — to see how it stacks up against gold.

For our example, we took the classic iShares’ SPY ETF — the “OG” of ETF investing.

This fund tracks the stock performance of the 500 biggest companies in the United States.

Our uncle doesn’t trust stock funds because you “can’t pick up a stock like you can a bar of gold.”

(He also checks the price of gold on his iPhone. Go figure)

Here’s what we saw when we plotted it out:

The visualization confirms what the data tells us:

From a return perspective, the S&P 500 returned nearly 4x as much as gold.

Now, what about risk?

After showing this chart to our uncle, he retorts, “well, Gold doesn’t perform as well, but at least it’s not as risky.”

Well, we’ve got some more bad news for him.

The most common measurement for risk is what we call volatility.

We measure it by calculating the daily price changes between an investment and looking at how big, on average, is the daily change.

Statisticians call this the standard deviation, and it offers a quick and reliable way to compare risk.

(We calculated the yearly change by multiplying the daily change by 252. These are the average number of working weekdays in a year).

These numbers show the price of gold and the S&P 500 will change — either grow or drop, by these amounts, either each day or year.

They’re also nearly the same, which means you get less return for the same risk if you invest in gold instead of the S&P 500 fund.

We’re launching the first wealth-building platform for people living abroad like yourself. Take care of your financial future, regardless of where you call home

Our opinionated uncle is now sitting with his arms folded, a mix of perplexion and defiance occupying his face.

While we hate to disappoint him, there’s more he should know about the downsides to gold investing:

Unlike stocks that pay profits via dividends and bonds (loans) that pay income via interest, gold just sits there.

Getting income from your investments is key to successful investing. It will either give you extra revenue or, more importantly, compound your growth.

Compound interest through reinvested profits is one of the most powerful tools we have.

In our previous example, we didn’t account for dividends in the S&P 500.

During this time, our uncle’s gold has been sitting in a cold vault somewhere, doing nothing for him but “storing value.”

Maybe it’s time we pour him a drink; we think he needs it.

Gold taxation is tricky and time-consuming.

If there’s one topic our uncle will rant about for hours, it’s taxes.

He hates taxes and thinks the process is too complicated, bureaucratic, and just a way for “the government to take from the working man.”

It makes us wonder why, then, he insists on investing in gold.

See, the problem with gold is that each country taxes it differently and inefficiently.

In the United States, for example, the tax authorities consider gold a collectible.

That means he’ll pay 28% tax on his investment instead of the standard 15% that he’d owe if he invested in SPY (the ETF tracking the S&P 500).

Other countries have different systems.

In Spain, for example, the tax rules depend on the amount, purity, and form of the metal.

If that wasn’t enough, there are numerous exemptions. Still, it will cost you time and energy to properly file the declarations.

Even gold funds aren’t exempt from these rules since they either hold the precious metal directly or use complex financial instruments to mimic the return.

Any way you cut it, though, gold is far from efficient from a tax perspective, diminishing its usefulness as an investment.

Seriously, our uncle didn’t quite think this one through.

One of the main reasons to avoid investing in gold is that it’s usually overvalued.

Gold’s ability to hedge inflation means its price needs to sit just above the rate goods and services increase.

Unfortunately, people like our uncle (and there are millions of them worldwide) panic-buy gold driving its price up.

Since the supply of a limited resource like gold (there is only so much of it in and on the Earth) can’t keep up with demand, its price tends to spike.

These spikes don’t reflect its actual value, further eroding its usefulness as an investment and inflation hedge.

There are millions of people like our opinionated uncle who refuse to be rational.

Since these folks can’t be reasoned with, gold will continue to be overly volatile.

If you’re living abroad, there’s a good chance you were forced to learn about exchange rates.

There’s an argument out there saying that gold could potentially help you beat exchange rates because it’s supposed to hedge against currency inflation.

There’s probably not enough space here to go too deep into it, but in short, that makes little sense for a couple of reasons.

First, gold is costly to purchase and store, not to mention heavily taxed.

Any gains you might make on the FX rate moving in your favor would quickly disappear with the associated costs.

Second, there’s no real relationship between gold and exchange rates.

We checked going back to the year 2000 (when the euro started trading) and found no strong negative relationship with gold.

If gold beats exchange rates in one direction, it would have a strong negative relationship with a pair.

In other words, gold would increase in value when a currency lost value.

As a “bonus,” gold is priced in USD, which means that whatever you expect of it or need, you’ll always need to pass through the greenback.

Don’t waste your time and money playing the exchange rates with gold or otherwise.

Let’s take it easy on our opinionated uncle.

As we’ve seen, gold is one of the most misunderstood investments out there.

Now, we can see why, despite its overwhelming cultural popularity, it’s a terrible way to grow your wealth.

That said, we should give our opinionated uncle a break.

Despite the fact that he doesn’t understand why we would ever want to move abroad since our home country is “so great,” he’s an awesome dude.

He also keeps an eye on our mom, which is cool, especially since the family lives on the other side of the world.

Up next, we’ll go over some tips on investing in gold if you’re absolutely set on doing so.